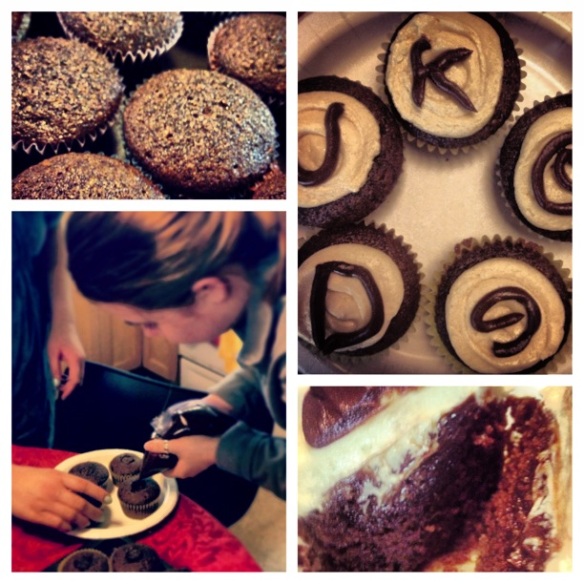 In honor of St. Patrick’s Day, we decided to make Irish Car Bomb cupcakes from Brown Eyed Baker. The delightful treats consisted of a Guinness chocolate cake, Bailey’s vanilla whipped cream, and filled with an Irish whiskey chocolate ganache. Thank you Kelsey (Champagne Tuesdays) and Denise for joining! As complicated as the recipe was, it was delicious. We added a bit more whiskey and Bailey’s than the recipe called for. As a result, the recipe was a bit watery, and we had to add flour to thicken the frosting and the ganache. When making it, I would definitely recommend to have lots of counter space for the number of pans/plates that were required.

Guinness chocolate cake
The cake was very moist and has a faint taste of Guinness. We used Ghiradelli’s hot chocolate mix instead of the Dutch cocoa powder. As a result, the cake was nice and light. This complemented the rich buttercream and dense ganache. The only issue I had with this cake was that it was extremely watery (I’m not sure if it was because we didn’t let the Guinness butter simmer long enough). To thicken it, we added flour, which led to a delicious cake.

Bailey’s Vanilla Whipped Buttercream
The flavoring on the frosting was not very strong, so we had to add more Bailey’s. Instead of adding more sugar, we thickened the frosting with about 2 teaspoons of frosting.

Irish Whiskey Chocolate Ganache
Very delicious. We made too much ganache for the amount for the fill, since I used an apple corer to create the hole. We ended up using the extra ganache to decorate the cake. 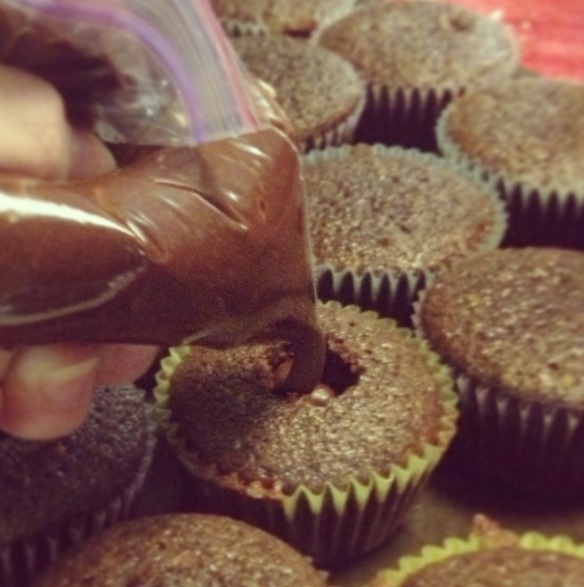